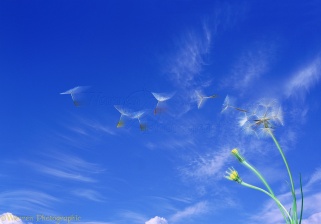 I just finished reading When Breath Becomes Air, by Paul Kalanithi. It is the story of a young man dying, having contracted lung cancer in his early thirties. The author, holding degrees in English, philosophy, and science, as well as being the chief resident in neurosurgery at the time of his death, is an insightful writer, a highly intelligent, if somewhat driven, human being, and, as his cancer became more and more an integral part of his daily life, a compassionate and inquisitive human being. As he states, throughout his life he was constantly driven to explore the meaning of existence, the inter-relationship between the brain and the mind, a journey which took him into both literature and the depths of medical science. From his own words, one envisions the image of a driven student and doctor, a committed healer and skilled surgeon, especially for one so young. Someone you want as your doctor, but not necessarily your friend, unless you shared the same attributes.

After his diagnosis and the reality of his dying became accepted, Kalanithi made choices to maximize the quality of his life, to return to surgery so long as he was able, and then to write and father a child — through IVF with his sperm frozen before the chemo began. He lived long enough to see his daughter Cady born and begin her life; to write much of the memoir I just read and which became a New York Times best seller; and to bring healing and comfort to patients after his return to practice.

When Breath Becomes Air does not necessarily plow any new ground in the death and dying literature. Rather it gives a first hand account of an intentional process written by a person who has the unique combination of a highly developed scientific mind (and the knowledge to support it) and an appreciation and skill with the written word. The immediacy and honesty of the writing and the story, even while knowing the outcome, grabbed me, pushing me toward the inevitable conclusion, an ending the author did not necessarily seek, but one with which he was professionally and intellectually familiar. Had he lived there is no doubt this experience would have made him a better healer and a more compassionate and personable doctor, in much the same fashion that Atul Gawande’s experience with his father, memorialized in the book Being Human, did for another medical scientist. Is there any significance to the fact that both were American-born children of parents who emigrated from the Indian sub-continent? Given the xenophobic tone of the 2016 Presidential campaign, one can only wonder.